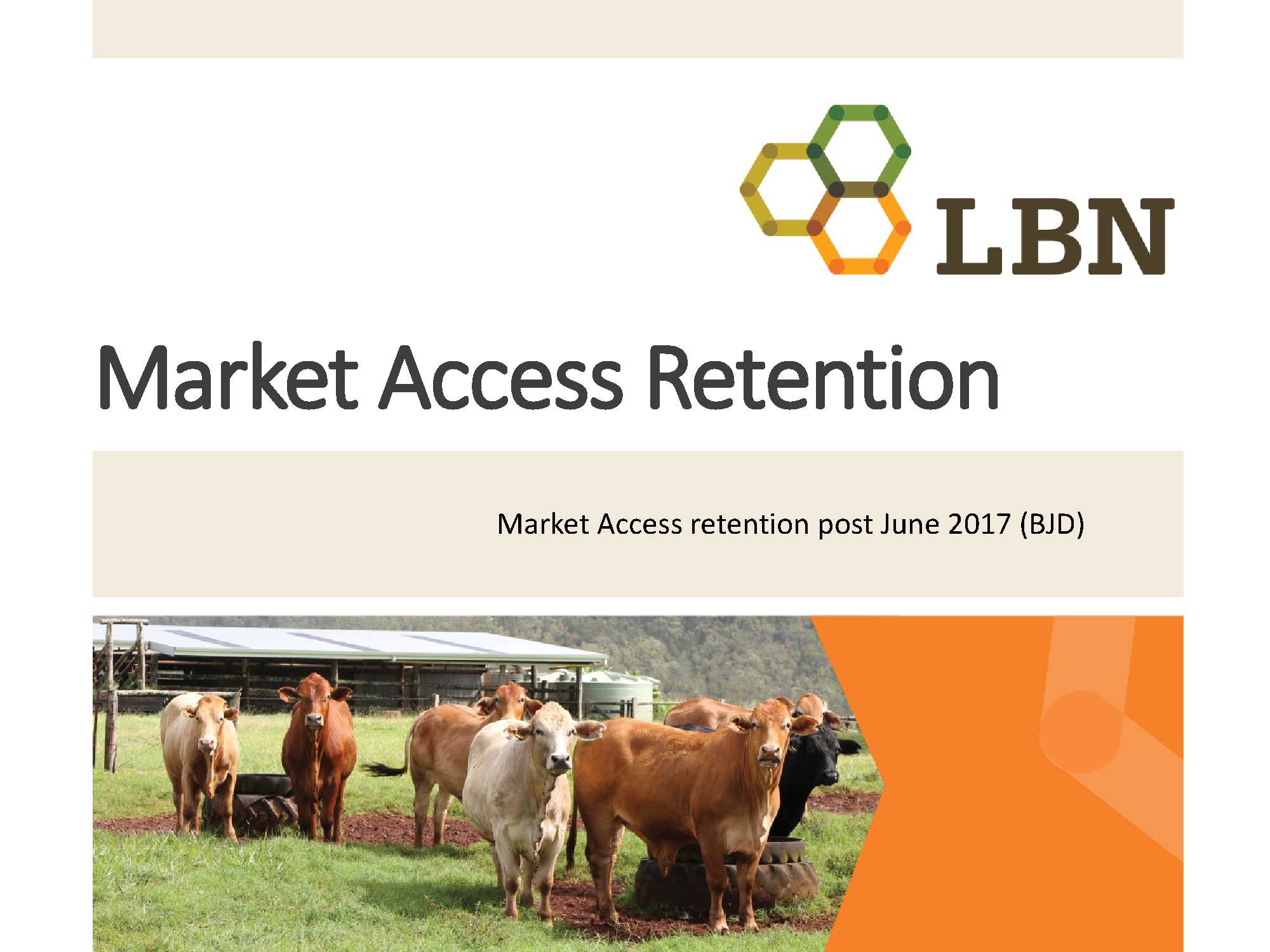 In Queensland Johne’s disease is now managed under the national approach to Johne’s disease in cattle which is market-driven, where producers undertake practices depending on market requirements.

Under the new approach to Johne’s disease and the Johne’s Beef Assurance Score (PDF, 476KB) a property wishing to retain a J-BAS 7 must have a biosecurity plan in place that is then reviewed by a registered veterinarian.
J-BAS 7 properties must also undertake a herd check test every 3 years. More information about the herd check is in the Johne’s disease in cattle, definitions and guidelines (PDF, 278KB). Producers must have a biosecurity plan in place by June 2017 to ensure they are not locked out of markets that rely on the J-BAS scoring system. The testing cut-off date is likely to be extended to June 2018 to give producers additional time to liaise with their veterinarians to facilitate testing regimes. However plans must be in place by June 2017 to ensure no disruption to market access.

Livestock Biosecurity Network are also working with AgForce and FutureBeef to hold a series of biosecurity planning workshops. These workshops are free to attend and are open to everybody.
Please check the FutureBeef events calendar for a workshop near you.

During this webinar, Rachael O’Brien (from the Livestock Biosecurity Network) discusses the current situation and what producers need to do to maintain market access post June 2017 to Northern Territory markets. In this webinar you’ll hear about:

More information on Johne’s disease is available on the Animal Health Australia website.

Answers to the Johne’s disease and the Queensland beef industry: frequently asked questions. This information is current as at 1 July 2018. Please check with your local veterinarian or Animal Health Australia for the most recent information and to discuss Johne’s disease in more detail. A list of contacts and references for more information in available on the ‘More resources, references and links’ tab in the FAQs.