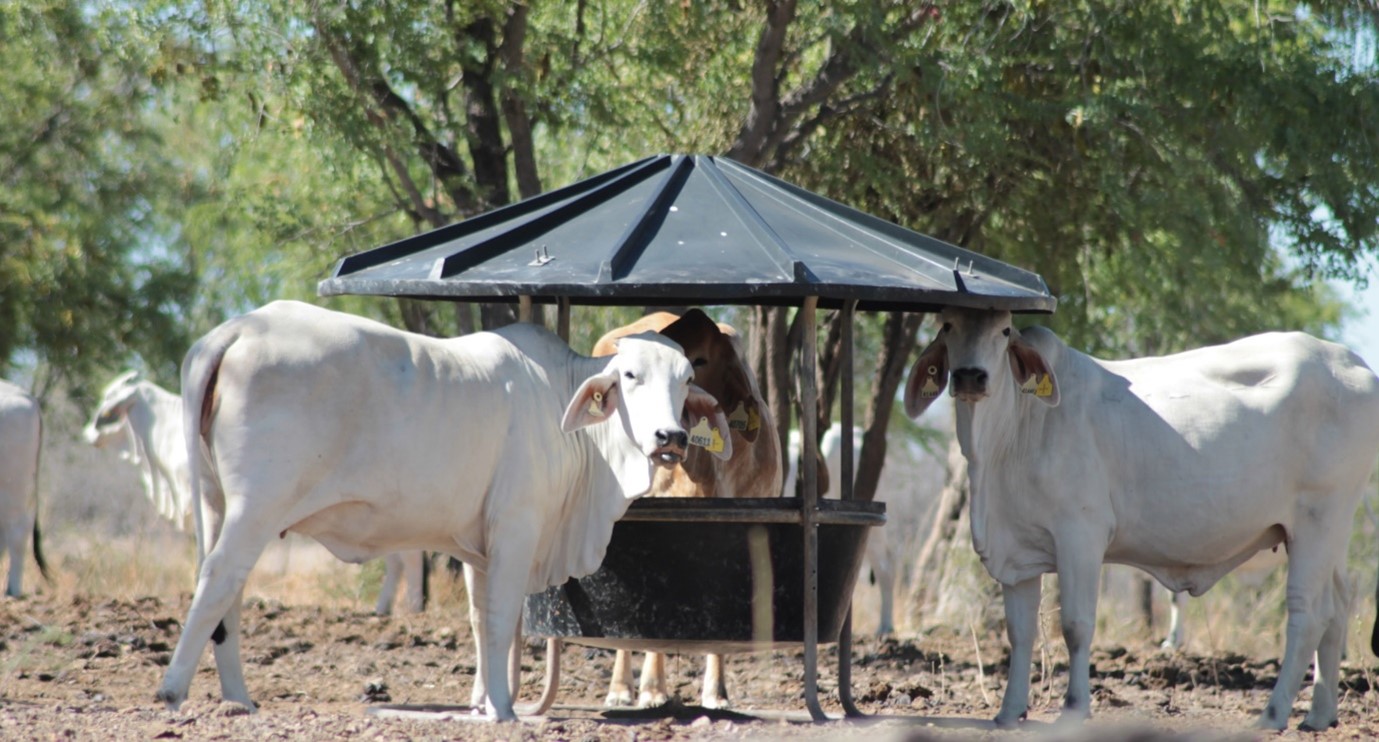 Much of northern Australia is phosphorus (P) deficient. In these areas, the benefits of supplementing cattle with P can be significant.

The recent P supplementation trial at Victoria River Research Station (also known as Kidman Springs) showed significant increases in weaning rates, cow and weaner weights, a reduction in mortality rates, and an overall large return on investment (>500%) from supplementing breeders with P. However, the adoption of P supplementation is still low in parts of northern Australia especially where it is difficult to implement a supplementation program over the wet season when paddock access is limited.

The “Easy P” project is funded by Meat & Livestock Australia’s (MLA) Producer Demonstration Site (PDS) program and is a collaboration between the Northern Territory Department of Industry, Tourism and Trade, Queensland Department of Agriculture and Fisheries, and Western Australia Department of Primary Industry and Regional Development. It is aimed at increasing adoption of P supplementation across northern Australia.

In addition to the research being conducted at Victoria River Research Station, there will be two PDS sites on properties in Queensland, three in Western Australia and one in the Northern Territory. Producer Demonstration Sites enable producers to collaborate in research and development by hosting a trials on their property as a demonstration site, as well as demonstrating the benefits of using the “Easy P” strategy in different locations.

Regionally relevant findings from each of the PDS sites will be shared and presented at annual field days to facilitate peer-to-peer learning between host stations and neighbouring properties.

The research station component of the project commenced at VRRS in mid-2020 with 1.5 year old heifers, and the performance of two treatments is being compared over four years. These two treatments are:

The benefits offered by the Easy P strategy include eliminating the requirement to top up P supplement during the wet season when access to the paddock is restricted, or impossible. Including P in the dry season supplement also allows cows to replenish their body store of P, which decreases significantly while the cow is lactating.

The trial heifers will be mustered twice-yearly to measure live weight, body condition, pregnancy status and plasma inorganic phosphorus. The treatments will swap paddocks each year to minimise paddock effects on the data.

Over the first dry season (2020), the weight gain of the Easy P treatment was slightly higher than the traditional treatment (+8kg). The opposite was true for the maiden mating wet season, where the “traditional” treatment had a higher weight gain (+14kg). At the end of the 2020/21 wet season, the average weight of both treatments was similar, and there was no significant difference between annual growth of each treatment (Traditional=113.9kg, Easy P=109.3kg [P = 0.16]). Pregnancy rates were very good and similar for both treatments (95%).

The effect of sheltering the lick from rainfall was observed during the 2020/21 wet season. One bulk bag was placed in the open (uncovered), 2.6km from the trough; and the other under a shelter close to the water trough. After 5 months (13/05/21), the P concentration of the supplement at both sites was similar, however; there was a lot less lick left at the uncovered site. This was unexpected as the cattle were known to spend more time near the covered lick. It appeared that more of the uncovered lick had dissolved and leached into the soil creating an area of white residue around the bag.