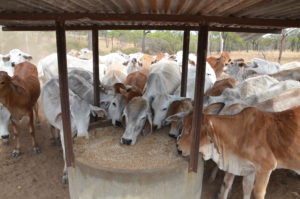 Feeding a P supplement to P-deficient cattle has been shown to increase feed consumption by 10-60%, growth rates of young stock by 30-40 kg/year and weaning rates by 10-30%. The greater the soil P deficiency, the greater the cattle response to P supplementation.

The implications of P supplementation strategies on the business performance in terms of productivity and profitability of beef properties in Central Queensland and the Northern Territory have been determined as part of the project ‘Delivering integrated production and economic knowledge and skills to improve drought management outcomes for grazing enterprises’ funded by the Queensland Government’s Drought and Climate Adaptation Program.

Whole-farm economic analyses were conducted for three example properties in central Queensland and one in the Northern Territory to determine the effect of P supplementation on farm profitability. The level of P deficiency for the example herds are detailed below:

In the Fitzroy herds, it was assumed that steers and heifers grazed P-adequate soil types (>8 mg/kg Colwell P) after weaning and did not require P supplementation. Supplementation regimes designed to provide P in the wet and/or dry season were assessed. The effect of P supplementation was assessed by comparing to a baseline production system with no effective P supplementation for breeders in the Fitzroy or whole herd in Katherine. Property-level herd models were used to determine the whole-of-business profitability over a 30-year investment period.

Each example property had a supplement formulated for feeding in the wet season (containing P only) and dry season (containing P and nitrogen (N) in the form of urea and ammonium sulphate). The supplement recipes and their costs (correct at time of analyses, 07/12/2018) are listed in the tables below. The following supplementation strategies were assessed:

In all herds, major changes to herd structure occurred because of supplementation with P:

The economic results for all properties are detailed in the table below.

A The annualised NPV represents the average annual change in net present value (NPV) over 30 years, resulting from the P supplementation strategy and can be considered as an approximation of the change in profit per year.

B Peak deficit is the maximum difference in cash flow between the P supplementation strategy and the base scenario over the 30-year period of the analysis.  It is a measure of riskiness.

C Payback period is the number of years it takes for the cumulative present value to become positive.  Other things being equal, the shorter the payback period, the more appealing the investment.

The Katherine property recorded internal rates of return (IRR) of 60% when feeding N and P in the dry season and 172% when supplementing all year round. No data was available to analyse the impact on returns of feeding only wet season P supplements.

In this analysis it was assumed that cattle achieved the target intakes of P in each season. However, on commercial properties there can be practical and logistical difficulties in feeding supplements during the wet season and in achieving target intakes of P. Under these circumstances, these analyses indicate that it may be profitable, for herds with Deficient or Acute P deficiency status, to feed supplementary P in the dry season alone or year-round.

The value of the economic benefits to any individual property will also be dependent upon any additional capital and feeding out costs associated with achieving appropriate P supplement intakes, e.g. construction of lick sheds or labour allocated to filling lick troughs. Whilst these costs might be substantial in year 1 of implementing a supplementation program, they are minor in relation to the overall economic benefits of P supplementation.

A key component of the improved profitability due to P supplementation was the effect on breeder mortality. The decrease in maximum cow culling age, which can often occur with improvements in herd productivity associated with P supplementation, may also impact breeder mortality risk and could further improve economic performance as well as reducing drought risk of the beef business.

These results reinforce the best-practice industry recommendations to determine existing levels of P deficiency before undertaking any supplementation program. Where no significant biological response to P is expected then there will also be no economic response to P supplementation. 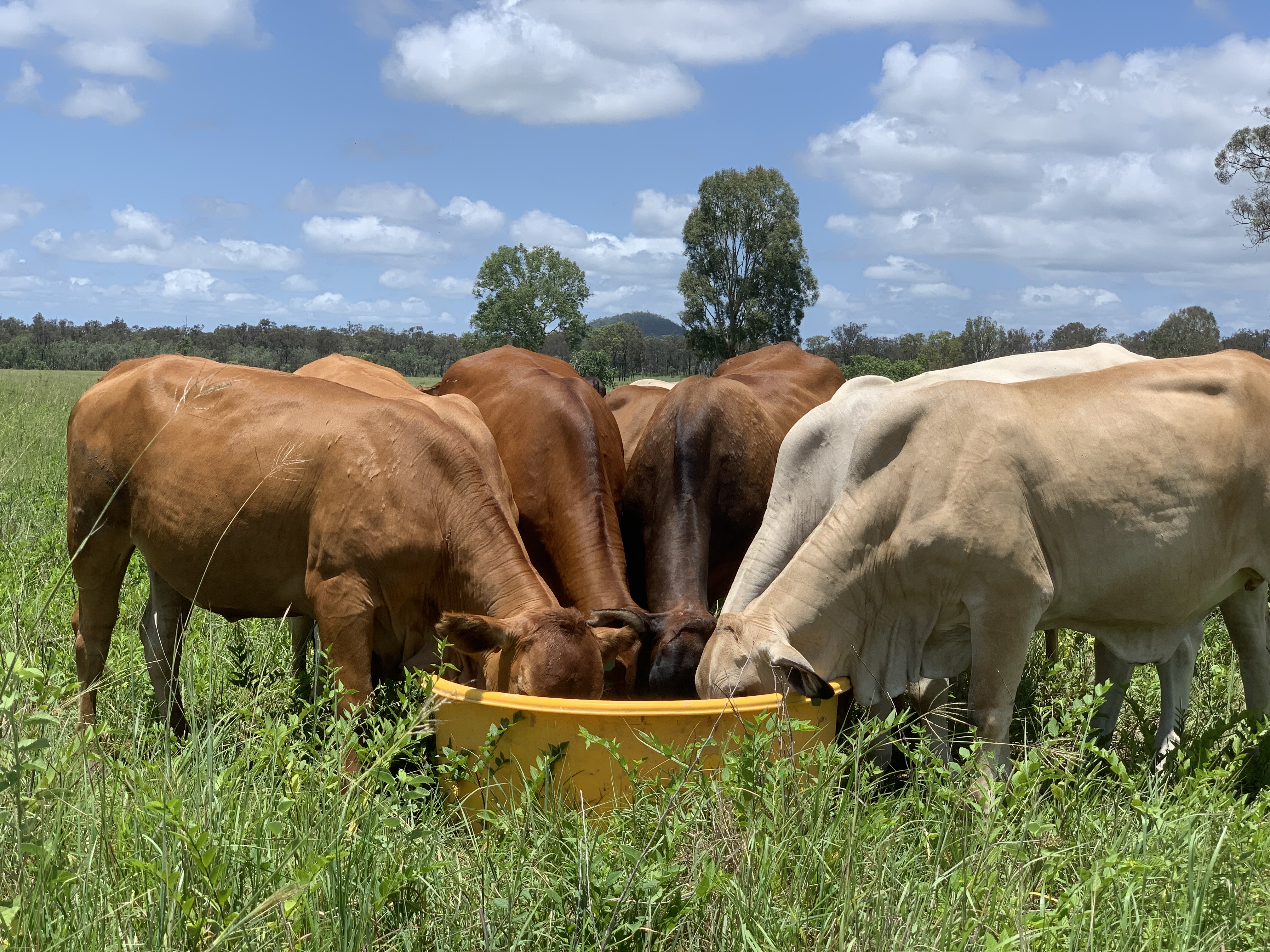 The full details of these results can be found in The economics of phosphorus supplementation of beef cattle grazing northern Australian rangelands, published in 2019 .

Analyses of a range of other management strategies relevant to beef businesses in several regions of Queensland and the Northern Territory, can be found on: Improving profitability and resilience of beef and sheep businesses in Queensland – Preparing for, responding to, and recovering from drought.

A summary of the analyses for central Queensland, as well as the northern Gulf NRM region and the Katherine region of the Northern Territory, are also available by webinar which can be accessed using the links below:

A video presented by DAF Principal Agricultural Economist, Fred Chudleigh, outlining the basic principles of farm management economics can be watched here. In the clip, Mr Chudleigh explains the methods and terminology used in these beef and sheep grazing analyses.

The potential benefits of P supplementation should be examined on a property-by-property basis to account for property-specific details of location, operational scale, land capability, climate, herd performance and existing management practices. DAF economists and beef extension staff are available in central Queensland to conduct personalised economic analyses for producers, to assess the potential benefits of P supplementation at the property level. Please contact Matt Brown if you would like the DAF beef team to visit your property; email: matt.brown@daf.qld.gov.au or for other areas call 13 25 23.