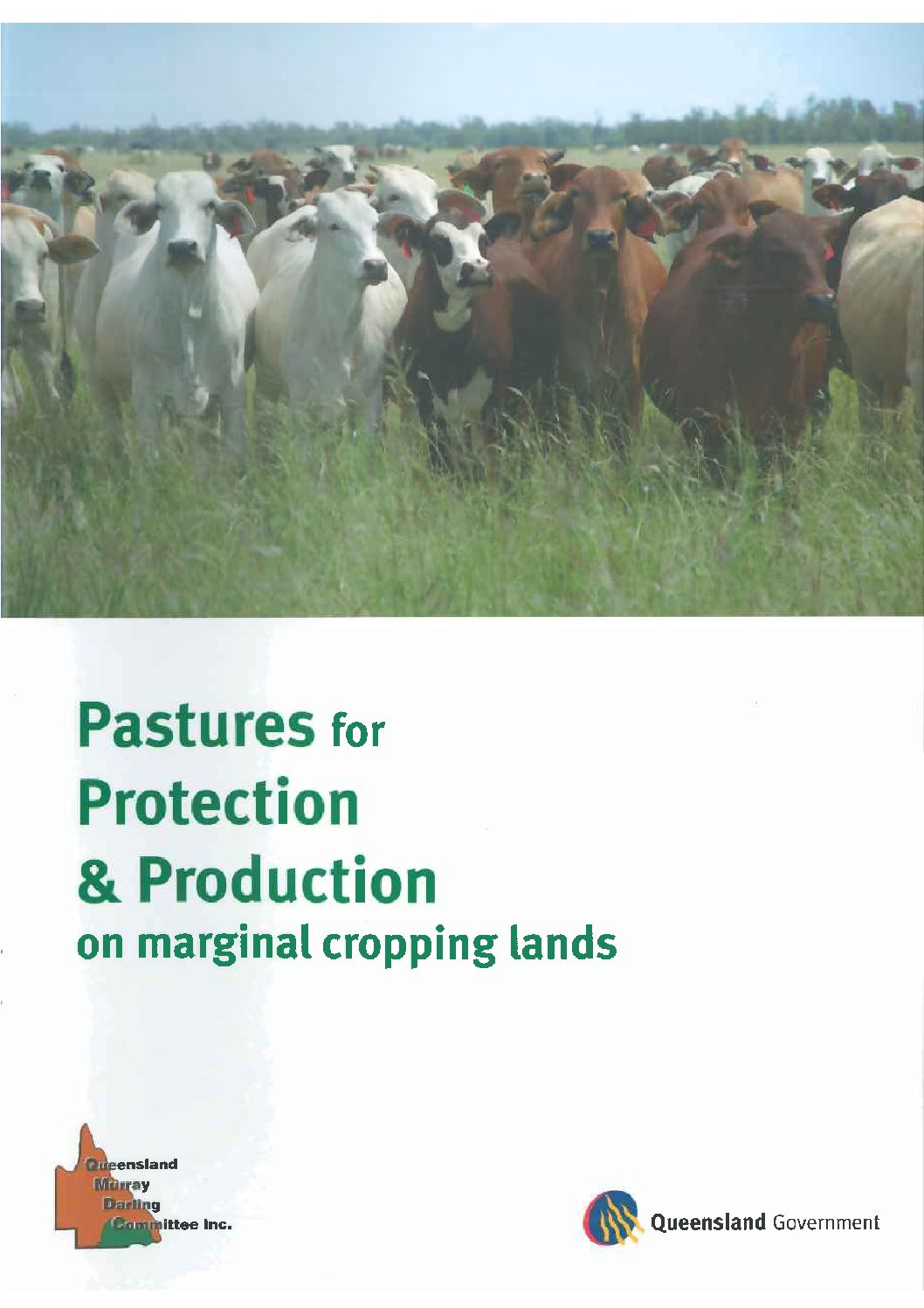 Pastures for protection & production describes how planting pastures on marginal cropping lands can protect the catchments of the Murray Darling in southern Queensland. It has sections on:

The technical information has been based on presentations given at the seventh and eighth Australian Tropical Pastures Conferences held in 2007 and 2009 respectively. These conferences were organised by the Tropical Grassland Society of Australia. Editors: Ian Partridge et al., Department of Employment, Economic Development and Innovation, 2009.