A range of tropical legumes are available for planting on the more fertile heavier clay soils to provide high quality grazing forage. These soils, which have higher fertility and water holding capacity than the light textured soils, will often have been used for cropping and now be depleted in nitrogen and soil organic matter.

Legumes for grazing can be grown on these soils as fodder crops or short-term pastures between other crops (leys) or in permanent pasture, providing higher levels of protein for grazing stock.

There are also the long-term pasture benefits of adding nitrogen to the soil. At Brian Pastures Research Station near Gayndah (Queensland), sorghum was grown following lablab. Sorghum crop yields ranged from 3.5 to 5t/ha in the first crop after lablab and were more than 3t/ha in the fourth crop following lablab. This compares with the district average of 2.3t/ha.

Legumes as fodder (or forage) crops can be planted into cultivation each year in the same way as annual summer crops such as sorghum. The main summer legume fodder crops in south-east Queensland are the annual cowpeas and lablab.

As soil fertility declines on old crop lands, ley farming is being more widely considered. Ley pastures with a grass or legume mix are planted for 2 to 4 years in rotation with crop. The legumes used in these systems need to establish readily, grow quickly and produce high forage yields to maximise their forage value and the amount of nitrogen that can be returned to the soil. Two legumes being used in this capacity are burgundy bean and butterfly pea. 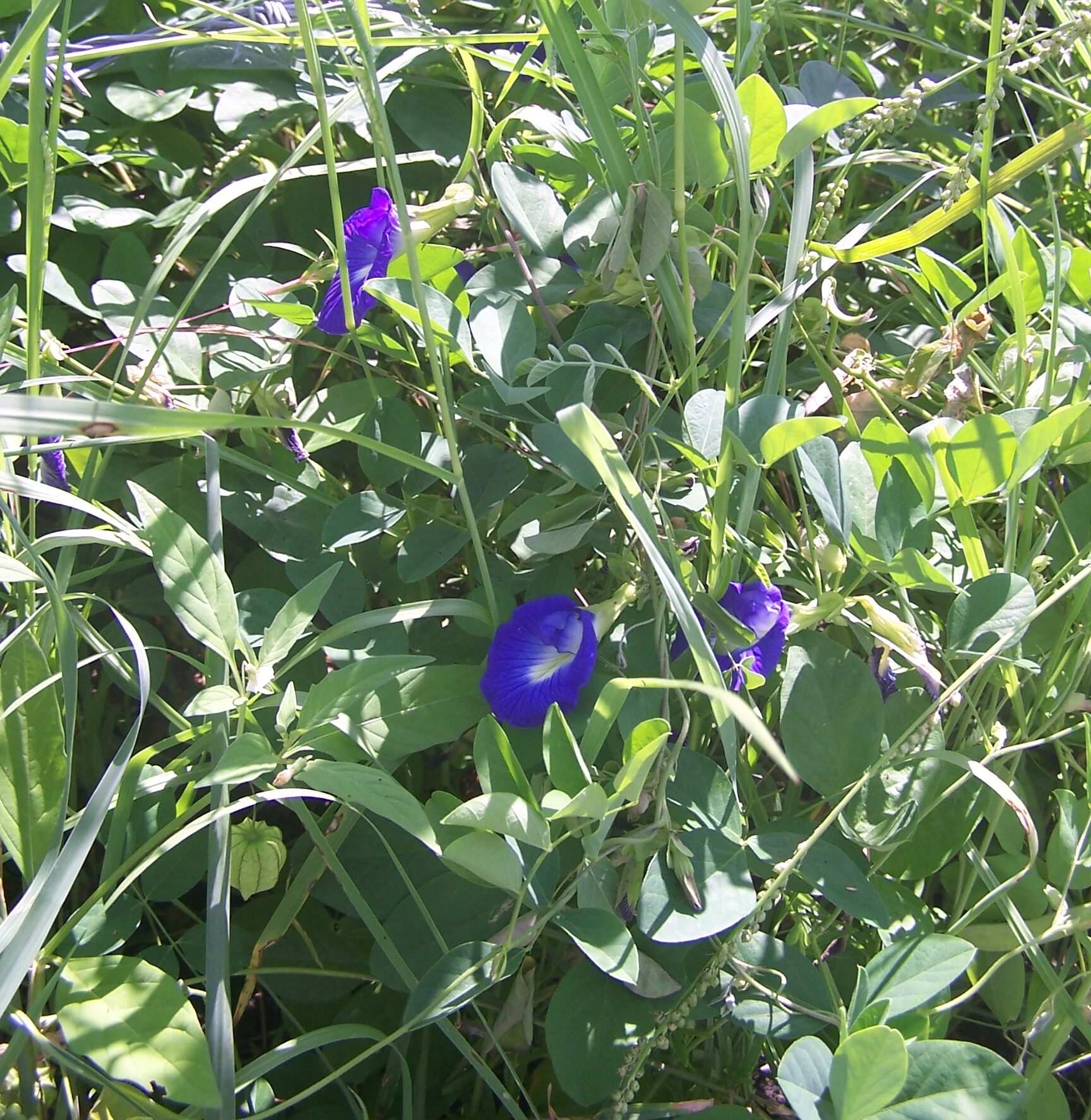 At Brian Pastures Research Station growth rates (kg/head/day) of steers grazing burgundy bean were higher (0.55kg/h/d) in the first year than for butterfly pea (0.4kg/h/d), which was probably due to the higher amount of forage available. In subsequent years (1998–2002) growth rates were similar with a range of 0.5 to 0.65kg/h/d.

These legumes can be used in pure legume swards. However there are advantages in planting grasses with them, particularly if the grasses are not so aggressive in the establishment phase that they severely reduce legume forage yields. The grasses can take advantage of increased soil nitrogen and reduce the likelihood of weeds becoming dominant, especially in winter when the tropical legumes are not actively growing. Grasses also provide more forage for grazing and, because grasses degrade more slowly than legumes, the release of nitrogen to subsequent crops can be spread over a longer period.

Other legumes to consider are Caatinga Stylo, Desmanthus and Leucaena for long-term pastures.