Legumes for long-term pastures on high fertility soils in Queensland

In long-term pastures grasses and legumes are usually planted at the same time (except for leucaena, where the grass is established after the legume). These pasture types can be slower to establish but the grass and legume components are very persistent once established. Often, legumes takes some time to increase in density but this is necessary for the pasture to remain productive in the longer term. Some leucaena pastures continue to be productive and persistent almost 40 years after planting. Two other tropical legumes with potential to survive in long-term pasture systems are Caatinga stylo and desmanthus.

It flowers early and seeds prolifically. The seed is small and slippery if dehulled, so should be planted at 1 to 2 kg/ha on the soil surface.

Caatinga stylo requires a highly specific inoculum which should be mixed with seed prior to planting.

Two cultivars are Unica and Primar. Unica is erect and flowers two to four weeks later than Primar, in the establishment year. Primar, is earlier flowering and has more tolerance to cool conditions, but has been affected by anthracnose in seed production areas.

Caatinga stylo is not highly palatable. Grazing stock generally prefer green grass leaf, over legume leaf, but as the grass matures, the stylo is well eaten. Steer growth rates when grazing Caatinga stylo/grass pasture at a stocking rate of one weaner steer per 1.2 ha over five seasons at Brian Pastures Research Station were generally higher than for steers grazing butterfly pea/grass pasture or grass without legume (see graph).

Once established, desmanthus competes with aggressive grasses including buffel. It is also very drought tolerant.

Forage production by desmthanus is low, but is well eaten by stock when available. It also tends to shed leaf in response to dry conditions so its contribution to the pasture yield, and animals’ diet is variable.

Desmanthus seed is small, requiring scarification before planting, on or close to, the soil surface at 1 to 2 kg/ha.

A heavy seed producer, desmanthus sets seed throughout the growing season, but a high proportion of seed is hard. Field softening can take some years, so a good initial strike is important, but plant density can increase rapidly once the seed has softened.

Marc is the main cultivar.

Growth rates for steers grazing desmanthus/grass pasture at Brian Pastures Research Station over six years ranged from 0.43 to 0.66kg/head/day. This compared with a range of 0.29 to 0.63kg/head/day on grass only pasture.

Leucaena is a long-lived shrub or small tree legume that produces forage of high nutritive value for cattle.

It grows best on fertile, well-drained, neutral to alkaline soils but can be slow to establish.

Leucaena is susceptible to frost. Light frosts affect the leaf, and heavy frosts can kill the stems to ground level. While debilitating, frost does not usually will not kill mature plants.

It needs to be planted into well-prepared cultivation with a full profile of soil moisture in rows 6 to 10 metres apart.

Weed control during establishment is essential. The area should be kept weed free until the leucaena plants are well established (at least 1 to 1.5 m tall), after which grass can be established between rows.

Two cultivars most widely planted are Cunningham and Tarramba. Cunningham is a lower growing heavily branched type. Tarramba is more tree-like. Yields of edible forage are similar, but Tarramba can establish more quickly, and recover quicker from frost and insect attack.

Both varieties are susceptible to attack by psyllids. Psyllids are small sap-sucking insects that feed on the new growing leaves, reducing forage production, particularly in autumn and spring.

Forage yields of leucaena in the lower rainfall (650 to 750mm) sub-tropical areas are low but the palatability and nutritive value is high. As a result high animal growth rates of over 250 kg/head/year (0.7 to 0.8kg/head/day) are regularly recorded.

To maximise growth rates and to prevent toxicity from mimosine and its derivatives, an anaerobic rumen bacteria (‘rumen bug’) should be transferred to the rumen of all cattle grazing leucaena. This can be achieved by drenching about 10% of the animals in a group and allowing the bacteria to transfer between them. 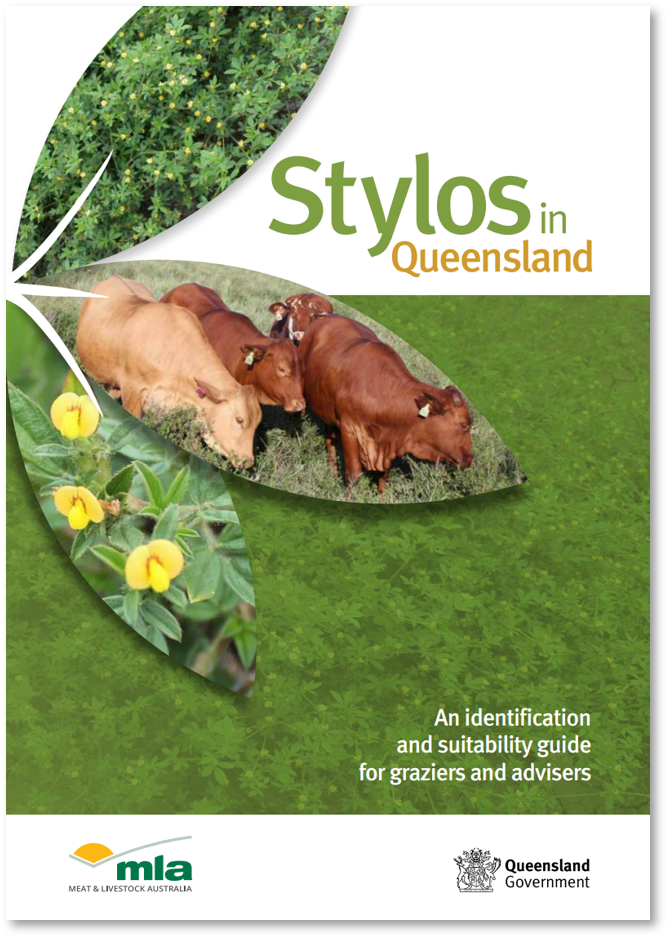 How to reliably establish leucaena →

How to manage leucaena once established →